About us
Short story of Geoproduct

Our company was founded as a family enterprise in 1984.

The Mátyás couple (who, back then, actively worked for Országos Érc- és Ásványbányák Hegyaljai Művek/National Ore and Mineral Mining Works – Hegyalja) and their sons founded the company which had been a ’garage enterprise’ until 1989. The first project of the enterprise was the geological and economic geological evaluation of a Moroccan perlite reserve. The income of this project was spent on the expansion of the company and product development. One of the first projects was the production of some human products and obtaining permission to market them within the scope of the NOMMW/ÓÉÁ. However, this project was not realized because of the weakening of the communist regime.

The establishment of the small firm was in Mád in the garage of an apartment house on Szabadság Street. The first stone breaking and grinding machines were installed here. In small amount forage zeolite and ameliorators were marketed and filters and granofilters were manufactured for the Erdőkémia Company that was still standing at the time. The raw materials that were used in the manufacturing process were bought from the OÉA, North Hungarian Mines and the Garád stones were bought from the vine-land owners. The expansion and reconstruction of the garage level firm was inevitable at the end of the century because of the growth in production and local residential complains.

That’s why in 1990, still in the built up area from Mád, at the outskirt of the town, in the garden of a private house, began the construction of a new, some hundred ton capacity factory, without any permission. The building of the factory began with the use of old equipment, as well as with from need born self-made machines. Because of lack of capital, there was no other possibility. The directorate did not permit the presence of outside or foreign investors. The expansion of the factory is continuous. To 1997 according to previous practice the firm used all of its profit on product development and expansion.

Because of rapidly growing demands the capacity of the factory on Bartók Béla Street was not enough anymore, even though the work was continuously going on in 3 shifts. With the garden level factory the growing demands couldn’t be met and in a new EU directive industrial activities were banned in urban areas. Next to the continuous expansion 7 mining fields were laid down and started production with approved technical operating plans.

The raw material provision got entirely into the hands of the firm. Thanks to this, the quality problems from other firms bought supplies ceased. At the same time an own labour was built from old and restored machines. The need of an own labour was motivated by production in the newly set quality system.

The mines that were now in the hands of the firm were partly, reopened old mines and thanks to new researches opened mines. The profits of the firm were used up on investments, purchase of land and permissions, but the firm didn’t need to obtain loans. At this time the following mines were opened:


In 1996 because of demand for building and deco stones, the construction and operation of an establishment began in the periphery from Mád in the Holt-völgy next to route 37.

After the regime change architecture started to efface the old concrete centred building methods and started using natural materials. The demands of the locals and the need for building and deco stones by reconstruction of abandoned cellars, old churches and castles grow. Because of these demands, next to the size cut stones, the into shape cut stones were introduced. With time the “Healing Minerals” product family based on zeolite and trace elements was separated into different product categories. This categories are:


The name of the firm was changed at the time from Geoproduct GMK to “Healing Minerals Geoproduct Kft”. The number of the products was already over 100 and demands were still growing. Because of the growing demands, the complains from the locals on Bartók Béla Street and the newly set EU directive gave no other option, than to relocate the mineral processing plant onto the outskirt, that met the legislation policy of its time. That’s why in 1998 the construction of a mineral processing plant began in Holt-völgy Mád as a Greenfield Project.

The building of the plant was followed by complains from locals and environmental protection legislation. The machines were bought from the Hungarian Mining and Heavy Industrial Company that has gone bankrupt at the time. Complains from the locals were followed by lawsuits, environmental denunciations, as well as fines. The firm lost the lawsuit and paid the fines. It couldn’t anymore cover this from its regular income, so in 2000 the firm had to borrow money from the bank. The permit for its mineral processing plant obtained the firm in 2004.

Next to building the mineral processing plant 2 more mines were laid down, as well as the operation of an old spoil-bank based on production of building and deco stone was reopened. This are the following:


Because of concern over production and operation in Mád, that fell back thanks to local complains and official examinations the directorate was insecure about the firm’s future. Because of this problems the directorate decided to buy the old Búzavirág Collectivization in 2003, which was a 5 acre industrial and agricultural park.

The old buildings of the Collectivization were converted for mineral processing. The cost of constructing and purchase of the land put a great strain on the firm.

Because of growing demands the capacity of the factory in Mád wasn’t enough anymore, so the firm had to build another processing plant. In 2005 on grounds of the Collectivization began the construction of a new mineral processing plant with permit. The construction of the new plant was not hold back by local and environmental complaints, but by the new NATURA 2000 classification, ecological network and the world heritage status. This situation because of the settlement plans has set civil engineering for years back. The purchase of land - after the former negative experiences – was made to evade lawsuits.

The construction did go on for 7 years, the firm got its permit from the Miskolc District Mining Inspectorate in 2012. The capacity of the new plant is around medium scale in production (50-100 tausend Tons/Year). In 2009 the firm gave in a tender for the expansion of the processing plant in Rátka and the construction of a department store in Mád.

The construction work began in 2011 and ended in February 2013. With this great investments the producing and seller capacity from Geoproduct Kft. was established and affairs about ownership rights from its mines were settled. The establishing of the firm took nearly 30 years. 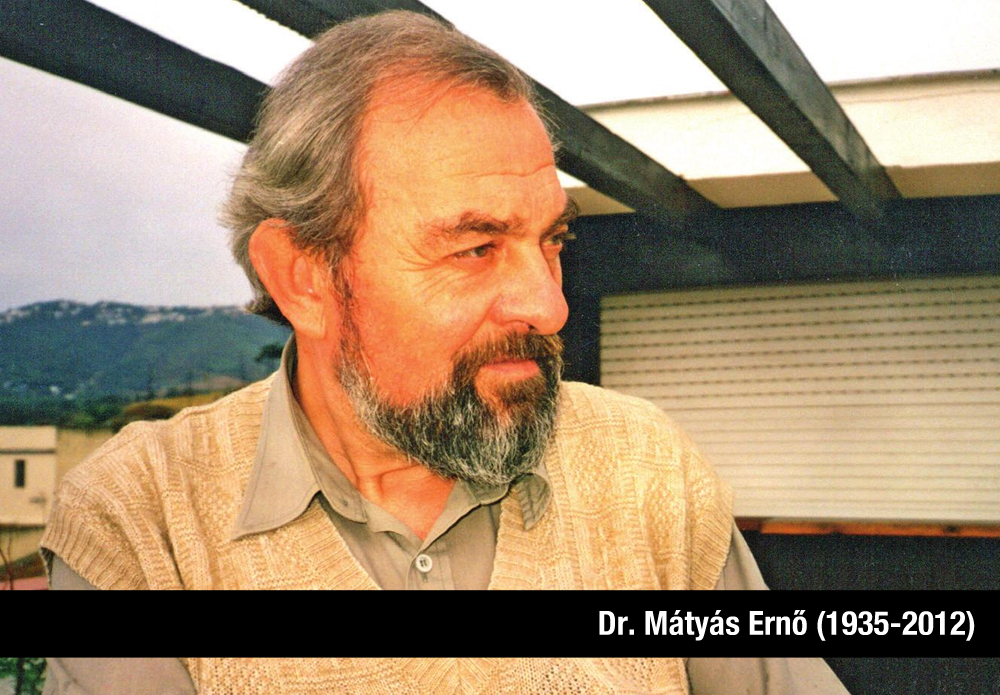 In 2012 the founder and manager of the firm Dr. Mátyás Ernő passed away. It’s regrettable that he couldn’t see the completion of the firm. The directorate of the firm is obliged to continue his building and intellectual work. So the shareholders from Geoproduct Kft. are from 2012 three family members. Outside capital – after the principles of the early years – does the directorate not let in. With our current capacity (with the last development) we can satisfy the inland needs entirely and the European needs partly. Regarding the future the firm can’t count on opening or expanding his mines, because of the world heritage status. With our current mining level the raw material resources can secure the source material for more than 100 years for the processing plants. Future plans are the establishment of a small pharmaceutical department, the production of water filters and the production of chemically treated material for the above.

The in 1984 started 4 person family firm is currently employing 66 people. Its expansion and growth is in many cases not planed in advance. In many cases it was luck and pure anticipation that made its path, that’s why the mineworker greeting ”good luck” in the industry of mine workers, seeing the past and future of our current days reality is actual.